In 2008 Eric experienced his first Yoga Nidra meditation during a teacher training in Toronto, Canada. Immediately after the meditation, he felt a deeper sense of peace more than ever and intuitively knew that Yoga Nidra would be a part of his future practice. Xenia Spawlinski, the teacher who led this meditation, became Eric’s first Yoga Nidra teacher for the next several years. In 2010 Eric moved to Hamburg, Germany where he introduced Yoga Nidra into yoga classes and the students loved it. He then grew audiences by leading Yoga Nidra at events in schools, businesses, and yoga conferences. In 2014 Eric attended a yoga nidra teacher training course and mentored with Jennifer Reis from the Kripalu Institute, a respected yoga nidra expert. During this time Eric deepened his personal Yoga Nidra meditation practice, his understanding of this ancient art and refined his ability to create and write Yoga Nidra scripts for various audiences. To date, he has published a number of Yoga Nidra meditation recordings, which are available on all major online platforms and app stores.

Today, Eric spends much of his time in his local yoga community in Hamburg focusing on conveying the benefits of Yoga Nidra to as many people as possible. To support those who want to understand more and / or guide others through Yoga Nidra, Eric offers a 40-hour Yoga Nidra teacher training course, which is open to anyone interested. This training is taught in English and offers a Yoga Alliance certified certificate for people who want to deepen their personal Yoga Nidra practice and those who want to learn to write scripts and guide others. Outside of yoga and yoga nidra, Eric’s love’s include nature and his wife and studio partner Eva and son Kai Noah, who inspire many of his yoga nidra projects.

We all have different learning styles which can generally be categorized into visual, auditory or kinesthetic. These styles were instilled in us when we began attending school. Go back down memory lane for a moment. Think about how you were guided to learn new things. From kindergarten to early elementary school, your teacher probably adapted a kinesthetic learning style for you with lots of touching and moving. How many times did you learn things by dancing and drawing. When you entered elementary school, you were likely taught in a more visual style. Here your linguistic & spatial abilities were developed through more reading & writing assignments. You may remember getting a big dose of graphs, charts and other visual illustrations during these school years. I can personally remember getting a lot of handouts for reading with spaces to record notes and homework assignments. Then you came into your high school and university years and the time of auditory learning where you were most likely overloaded with teacher lectures. Do you remember using a recorder or Dictaphone to record lectures and listen to them later at home? Its in these years you were guided to learn through activities like verbal communication within project groups for example. Beyond these years, we tend to lose our ability to learn using all three styles and are habituated towards one.

Its important to me that ALL three of these learning styles are included in any of my teacher trainings because people’s style of learning from topic to topic changes. By using all three learning styles, you enhance your ability to take in new learned information through a broader learning range and when it comes to topics like Yoga Nidra with its spiritual concepts, its beneficial to present verbally, auditorily & kinesthetically, so that you have more choices in learning. Basically, using all three styles of learning will give students attending the Yoga Nidra Teacher Training more choices in understanding, experiencing & guiding others with a more confident mindset. 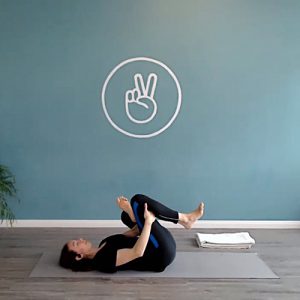 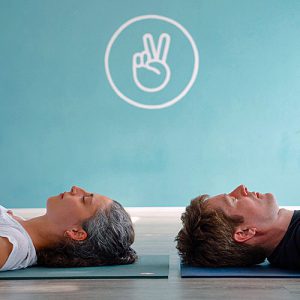